The Man with Three Faces is a portrait in the Order of the Phoenix game. But why even is he called that? Where are the other two heads? Where did the portrait come from? What’s his name?

All the secrets of the portrait are hidden within the different versions of the game.

Updated on August 18, 2015: Portrait of the Man With Three Faces in the LEGO games by user harry potter (Auror).

The Portrait Of The Man With Three Faces

Unlike other portraits in Order of the Phoenix, this portrait doesn’t have an inactive back side. The portrait isn’t asleep, like the rest, and Harry can talk to him from either side.

Technically, the side on the Fourth Floor, covered in the spider web, can be considered the back side. But even there, the portrait is already awake, happy to talk to anyone.

Both sides of the portrait are unlock simultaneously, after we help Neville learn the Incendio spell, and the Seventh Floor is unlocked, where Neville brings us.

In all versions of the game this portrait connects the Seventh Floor and the Hospital Wing on the Fourth Floor.

Once we find the other side of the portrait, we obtain his password: «Three heads are better than one». 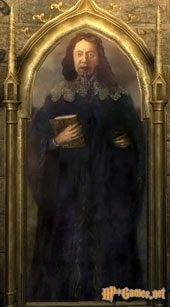 In the PC versions of the game, the portrait is not programmed how it’s supposed to be. It becomes very confusing, why is the portrait talking about himself as if he is multiple people. It’s especially hard to understand for kids, who never heard of split personality disorder.

The portrait argues with himself, interrupts himself. 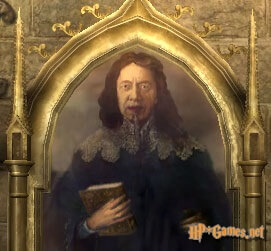 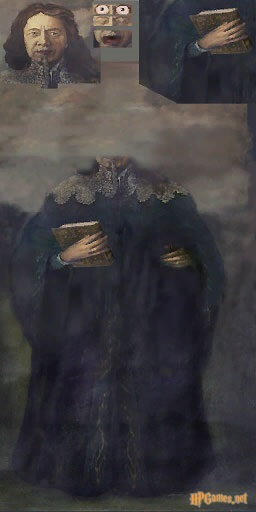 Percival Pratt asks Harry to find “The Man with Faces Three”, which only makes things even more confusing. Many gamers, playing Order of the Phoenix for the first time, assume that they need to find 3 identical portraits. As it turns out, they only need to find one, but he’s also alone in the frame, for whatever reason.

Texture in the game

Within the textures, the portrait also has just one head, the other two simply weren’t put in the game.

Only by looking at the PSP version, we’re finally able to see all three faces of the portrait.

In the animation we can see who additional faces, appearing in turn in the frame. 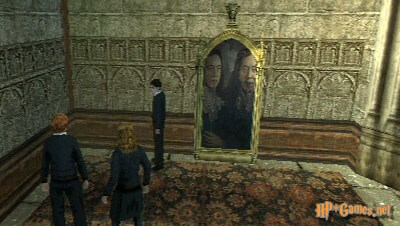 The portrait is still located on the Seventh Floor, but closer to the exit. It’s the shame there’s no voice acting in this version of the game. 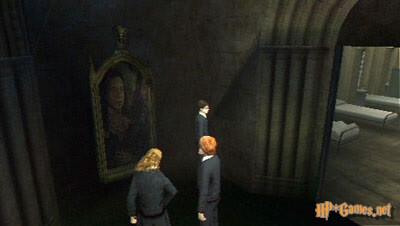 The other side of the portrait, on the Fourth Floor, is quite hard to find. It’s in the dark dead end near the hospital wing, barely noticeable. Only the gamers who played the PC version can find it, by method of analogy.

So who is depicted on the portrait? A man with long hair and a cut beard is shown from three points of view: full face, 3/4 view and profile. The only decoration on the black cloak is a luxury lace collar.

This portrait is a mirrored image of a real life painting – “Charles I in Three Positions” by Van Dyck, a famous 17th century Flemish painter. 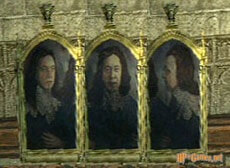 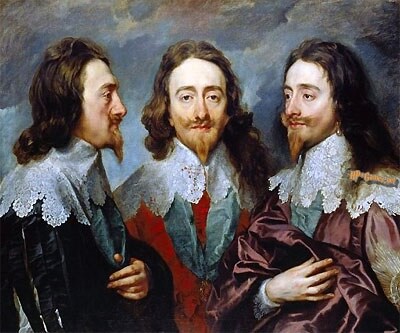 It should be noted that Charles I himself most likely did not have any split personality disorder. The portrait was made so that the famous Italian sculptor could create a marble bust of the king. But the king himself, of course, couldn’t actually come to Italy for posing, and sent his portrait in three positions instead, which became his peculiar portfolio.

In the Nintendo DS version of the game, during the game’s story, the portrait appears does make an appearance in his usual spot next to the Hospital Wing.

In order to bypass the Inquisitorial Squad, patrolling the Seventh Floor and reach the Room of Requirement, the trio uses this portrait.

He simply allows Harry and his friends to use the passage, without even asking the password. After that, the portrait completely vanishes.

In this game we finally learn the name of the man on the portrait. It is Edward Rabnott.

In the more primitive version of the game on the GBA the portrait can always be found on the Fourth Floor corridor, but he is inactive, and plays no role in the story. 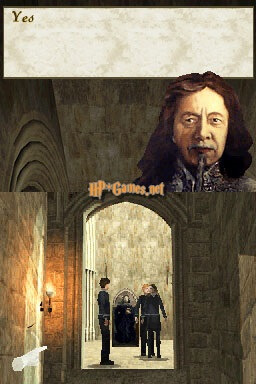 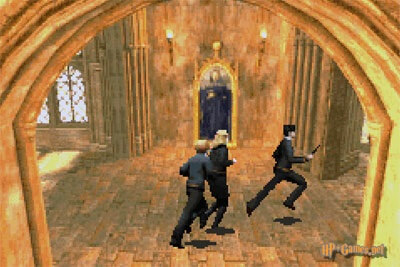 The portrait of the Man with Three Faces can be found in the “Lego Harry Potter: Years 5-7” game, located among the many portraits on the Grand Staircase. 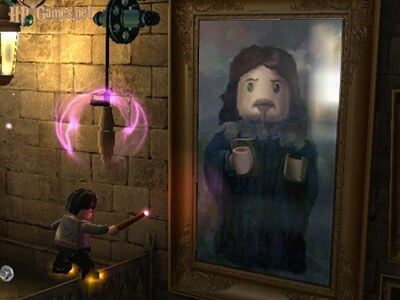 The portrait of the Man with Three Faces is found in these versions of the game:

Order of the Phoenix (PC+)

Order of the Phoenix (PSP)

Order of the Phoenix (Nintendo DS)

Order of the Phoenix (GBA)

This page uses graphical materials from the game «Harry Potter and the Order of the Phoenix».

All rights to the game belong to Electronic Arts Inc.

1. If you want to display a comment only to employees of the site - add the word "top_secret" ;-)
2. Our emoticons (opens in a new tab)
3. To add a picture in a comment, use the services of photo hosting (suitable HTML-code to insert).
To place file, you can use a file hosting, for example, Yandex. Drive.
Our software ;-)