Computer hard disk is a complex electronic-mechanical device with a pair of electric motors and 1-4 disks covered with a magnetic layer. This very layer is used to store files and service information. They come in various sizes (usually from 1.8 inches to 3.5 inches).

The most commonly used hard drives in home appliances are shown below.

The appearance of a typical 3.5 inch hard drive

The appearance of a typical 2.5 inch hard drive

Well, this is how an external hard drive usually looks like

For computer games, a hard disk is a place to store files, and sometimes an assistant to RAM chips. However, such help sometimes causes noticeable “slowdowns” in the game.

When loading the level of your favorite game, the level files are partially or completely loaded into RAM, processed, after which calculations of graphics, artificial intelligence of characters and other components of the gameplay begin.

In addition to disk space, computer games are quite sensitive to its performance – how fast the hard disk can read and transfer the file needed by the game.

Disk performance depends on many factors:

– disk rotation speeds. This ranges from 4200-5400 rpm for most portable and ultraportable computers, their Muggle names are laptops and netbooks, and up to 15,000 rpm for high-performance systems, for example, servers. For a desktop computer, the optimal speed is 7200-10000 revolutions per minute. As you can see, portable computers are somewhat behind their desktop counterparts in this parameter 😉 ;

– the amount of cache memory of the controller hard disk, which is a special chip with its own memory. In this memory, the hard disk writes a few portions of data, which it then sends to the motherboard at the request of games and other programs;

– design features. Experimental or simply unsuccessful models can reduce their operating speed for no apparent reason – only because of flaws or errors in the design. 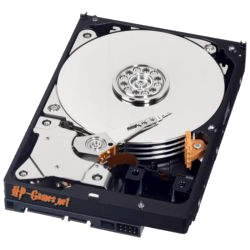 A hard drive without a lid. You can notice 4 magnetic disks 😉

Also, the hard disk loses performance for Muggle users who do not know how to perform spells disk cleanup and its defragmentation 😉

Sometimes it makes sense to check the information from the hard disk self-diagnosis system (S.M.A.R.T).

???
For information about demos, emulations and more, see the game pages. It’s in the Games menu. Please don’t use old links that require you to access them.
Announcement (off topic)
The site administration is looking for a small (preferably educational) organization that needs technical support for websites on Wordpress (BackEnd, remotely) for long-term cooperation. If you work for such an organization, please let us know.
Our software ;-)