Review of the game HP and the Philosopher’s Stone (PC)

So, this is my first review. It will be different from anything you’ve seen on our Favorite Site. Well, let’s get started.

The game begins with a lo-o-ong introduction, which you watch with interest for the first time, and with slight discontent for the second time. In the following times, everything usually ends with the fact that the user, completely out of control, smashes the keyboard against the wall, the monitor shatters into a thousand small fragments from a brutal blow on it with a fist, with a distorted face, well, the mouse dives into the mouth of the cat in the most unknown way, dazed by such impudence. The system unit is usually thrown out of the window on the fifth floor. And no one cares that there is a six-hundredth Mercedes under the windows. This iron box is simply obliged to know how cruel the user’s disappointment is, and how inexorable the acceleration of free fall is… But, something I digress. In general, if you watched the screensaver to the end, you can congratulate yourself, you are clearly a fan of Harry Potter, even if you haven’t realized it yet.

If after reading this article, it seems to you that it is too subjective, then read what is written on the back of the box with the disk. There’s an objective review from the category of “Cheap and angry” In general, read and comment.

Okay, let’s start to analyze the game itself. The main point, of course, is to go through it to the end, simultaneously collecting collectible cards. About them a little later. The plot repeats the movie a bit, but not much. I will outline: First you get into the Main Hall and talk to Dumbledore. Not very successful voice acting from SoftClub (in Russian) led to the fact that his voice will be in your nightmares. Seriously, these screams need to be sustained.

Okay, we listened, then we meet with Ron, we run to the Twins, we study, and finally we start classes.

The gameplay is built in such a way that first you learn a spell, fix it at the educational level and then apply it in the “free” game mode. Sometimes it gets terribly boring, but there is no other choice.

The very first thing you pay attention to is music. Music… As Dumbledore said, “Music is real magic. I agree with him to some extent. The sound design of the game is on top. At the right moment, the right music starts. Although at some levels, it is impressive. I don’t know who has it, but for me, during the “Flipendo” workshop, it is palpably audible. It’s magic… In general, if you do not have a sound output device (in other words, speakers, headphones, etc.), you have lost a lot. I’m telling you exactly.

The second thing you pay attention to is the graphics (it is simply impossible to miss it). Be aware that this is the third or even more distant parameter in the evaluation of the game. So, the game was created in 2001 on a revolutionary engine for that time, which supported many new technologies. For example, mirror surfaces. You will see them on the expanses of Hogwarts more than once. I’ll tell you a secret: in 95% of cases, caches are hidden behind mirrors. A trifle, but nice.

Nowadays, when you play at a resolution of 640:480 on a huge monitor in full-screen mode, it becomes sad, because the window mode, oh, how I don’t want to turn on. But you can say: “But there are other permissions in the settings!” To which I will answer: “And how much did they help you?”

There are a lot of locations. Each one has been worked out exactly as much as that time allowed. Each is investigated quite quickly, because they are not very big and there are few secrets hidden. Speaking of secrets. These are mostly hidden cards and beans. 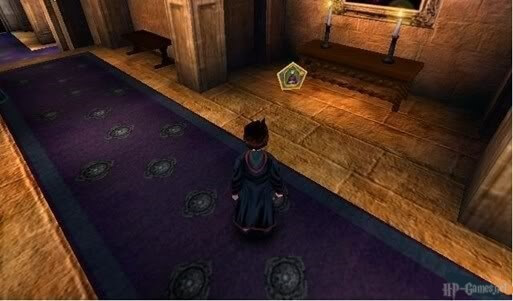 And if beans can be found everywhere, then cards only once. If you missed at least one card, then that’s it, you can safely start a new game. It’s such a pity to start the game over again if you have passed it more than half. But, there is no choice. So be careful in the dungeons, do not miss the card.

The interior, so to speak, has been created quite well, at least it does not cause any big complaints. But here are the models… Models… Looking at them, I want to involuntarily shed a tear. Only Harry has been worked out. About the rest, it seems that they were cut out of a log in a hurry. 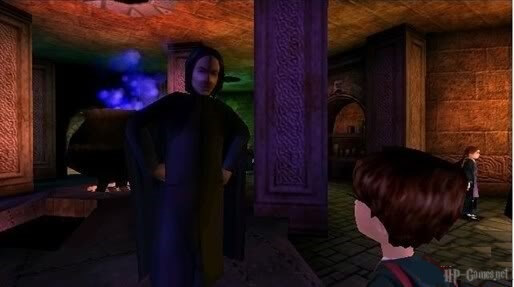 Snape is a great example. Probably the only character who turned out to be the same as he was described in the book. Scary and nasty.

But, during the game, it is not very noticeable, even somehow evokes nostalgia. Sitting down for such a game, the phrase arises in my thoughts, — Oh, let’s shake the old days…

The most memorable levels for me were the following: First, Lumos. At the very end, when Harry had already entered the door, the trigger did not work, and I had to run around the room, immersed in darkness. While I was running, I remembered that the darkness is not good, and I had to restart the level most urgently.

Secondly: The level when you need to deliver Norbert to the roof of the tower. During the passage there will be a moment when you have to jump from Filch through the cabinets. 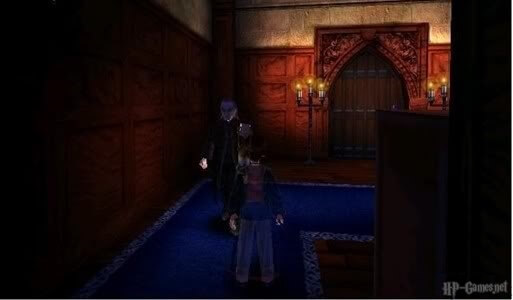 And here he is, Filch the Sick Tooth

It was extremely fun to fall on the Caretaker’s head, even if he had to reset the level.

Third: The levels in the gardens of Hogwarts. Creepy biting plants add color and interest. 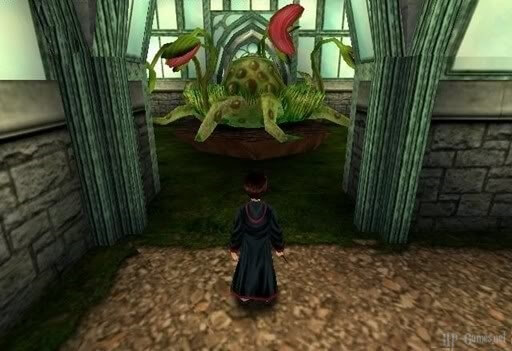 And you thought, where did the “Alien” come from?

I liked to break through a corridor of such… obstacles at full speed, without stopping. It increases the tone so much…

And last but not least: The Battle with Voldemort. I really liked the puzzle with the right potion. I also liked the moment when I had to move blocks to defend myself from Quirrell’s spells. Very much so. 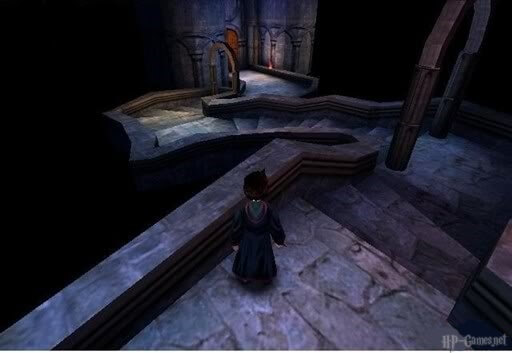 The way to the trials. I remember the movie “Inception”

It only took about five..ten restarts to get through this. And finally, the BATTLE itself!!! It’s something. It is inexpressibly pleasant to bring down columns on the Dark Lord. This cannot be conveyed. And running away from the deadly spells that follow you is even more interesting! 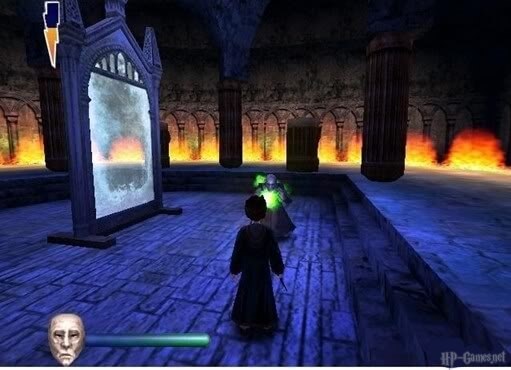 Especially when you consider that then you had to run up to the mirror, wait for the right moment, and quickly turn it with the mirror side to the enemy. It’s so exciting! After winning, if you have collected 250 beans and 24 cards, you will be given 25, which depicts Harry Potter himself. Believe me, it’s worth it.

As a gift for your efforts, an unforgettable scene awaits at the end. I won’t open everything, but Snape the surfer is worth going through the whole game. 🙂

So, let’s summarize. The game is compared relative to the movie:

???
We are still experimenting with languages
Announcement (off topic)
The site administration is looking for a small (preferably educational) organization that needs technical support for websites on Wordpress (BackEnd, remotely) for long-term cooperation. If you work for such an organization, please let us know.
Our software ;-)